I finally finished the lathe conversion. It ended up being a lot more work than I expected as I ran into problems in pretty much every area.

– Building the pendant and wiring up the enclosure for the VFD took a fair amount of time. Probably 8-10 hours if you add in all the trips to Stoneway Hardware.

– A single set screw is not enough. I had to put in two at 90 degrees to stop the motor pulley from loosening.

Overall, I’m thrilled with the performance. I was able to finish a project that had been tripping the clutch. But had I known it was going to take 20-30 hours, I would have put it off for a while. 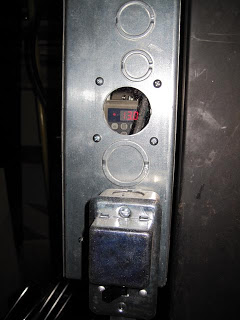 View all posts by chrisprosser